Travelers, now we are going to Girona, Figueres the city of Dali and Besalú!
3 cities in one day!

Girona City is one of the major Catalan cities & one of the oldest ones.

Figueres City is the town of Salvador Dalí, where you can find the DALI MUSEUM, the largest museum of Dali and designed by himself.

BesalúCity is a Medieval town in the Girona Province.

People who want to enter the “Dalí Museum”: Normal admission is € 14, and for students it is € 9.

After the tour there is free time to enjoy the city.

History of the City
Girona is a city in Catalonia, Spain, at the confluence of the rivers Ter, Onyar, Galligants, and Güell and has an official population of 100,266 in 2018. It is the capital of the province of the same name and of the comarca of the Gironès. It is located 99 km (62 mi) northeast of Barcelona. Girona is a major Catalan city.

Girona is a city in the northeast of Catalunya, the capital of the province of the same name. It’s one of the major Catalan cities and popular destination for tourists. It’s a beautiful city where you get a real feeling for its history just by walking through its ancient streets Its a walled city which dates back to the Roman period, the old quarter is located within the city walls. The city is easy to explore on foot as it is not very big. You start the tour with our guide from the Roman city wall, then visit theold quarter, seeing on the way churches, the Arabic baths, the Cathedral, museums and lastly the old Jewish quarter.

Figueres is the capital of the comarca of Alt Empordà, in the province of Girona, Catalonia, Spain.

The town is the birthplace of artist Salvador Dalí, and houses the Teatre-Museu Gala Salvador Dalí, a large museum designed by Dalí himself which attracts many visitors. It is also the birthplace of Narcís Monturiol, inventor of the first successful machine-powered submarine. Also born here was Mónica Naranjo, one of the best selling Spanish singers of the 1990s and 2000s.

“A true painter is one who can paint extraordinary scenes in the middle of an empty desert.” Salvador Dalí.

Salvador Dalí was a prominent Spanish surrealist painter born in Figueres, in the Catalonia region of Spain Dalí Museum is one of the most interesting and popular museums in Northern Spain. The largest surrealistic object in the world Figueres was Dalí’s home town and the museum is home of one of the largest collections of his work. Even the building itself is a work of art and like no other you would have seen before.

Besalú is a town in the comarca of Garrotxa, in Girona, Catalonia, Spain.

The town’s importance was greater in the early Middle Ages, as capital of the county of Besalú, whose territory was roughly the same size as the current comarca of Garrotxa but sometime extended as far as Corbières, Aude, in France. Wilfred the Hairy, credited with the unification of Catalonia, was Count of Besalú. The town was also the birthplace of Raimon Vidal, a medieval troubadour.

Besalú was designated as a historical national property (“conjunt històric-artístic”) in 1966. The town’s most significant feature is its 12th-century Romanesque bridge over the Fluvià river, which features a gateway at its midpoint. The church of Sant Pere was consecrated in 1003. The town features arcaded streets and squares and also a restored mikveh, a ritual Jewish bath dating from the eleventh or twelfth century, as well as the remains of a medieval synagogue, located in the lower town near the river. . Besalú also hosts the Museum of miniatures created by jeweler and art collector Lluís Carreras. 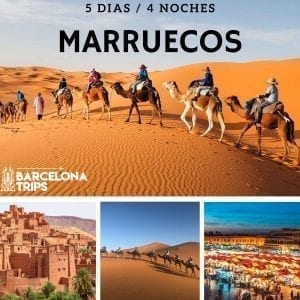 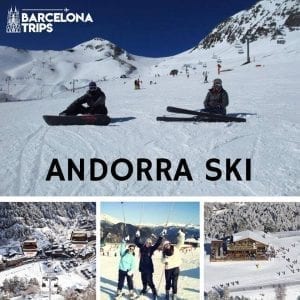 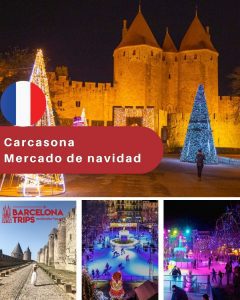